Expansions 3, the princess and the dragon, adds some pretty nasty elements to the game. It makes you hate people, despise them, but also makes you need them to be on side more so you’re not the target of such cruel deeds! We played last night and absolutely loved every second of it. 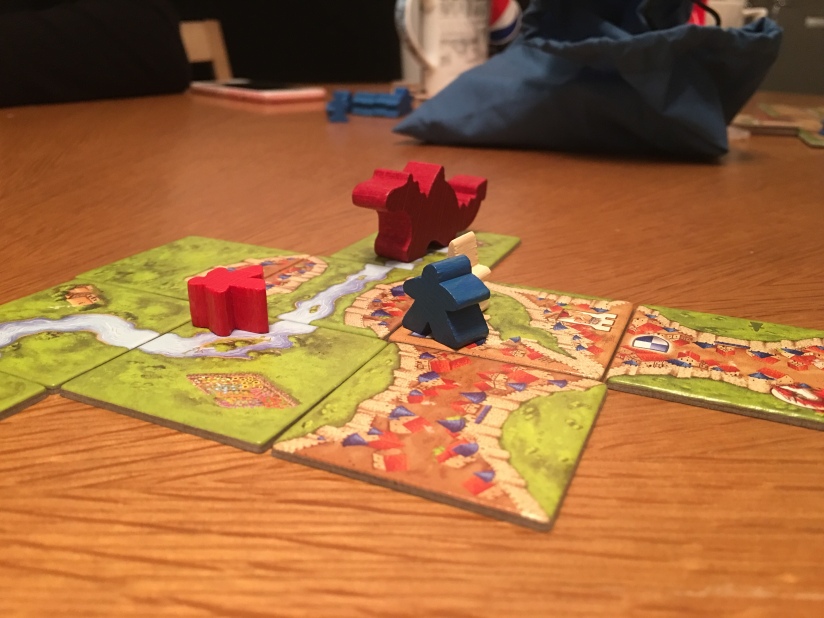 So to kick off you’ve got the dragon. A new element that when activated travels across he land removing meeples as he goes. Not good if you’ve got an early strong farmer on a desirable field! He moves to volcanoes when they’re placed and moves 6 places, one place chosen by each player sequentially, when a specific tile is drawn.

The second element is the princess. Now I hate the princess! It’s an awful piece and it’s ridiculously powerful… until you own it! Then you love it! You lay a princess tile on a city and the city is evacuated (so to speak). One knight leaves. One meeple returns to their player and is no longer a part of that city, which can make it up for grabs! Personally I’m used to playing another’s house rule with the princess and having the entire city evacuated; mainly because the previous printing of this expansion made the princess look like a thumb with hair. Hideous!

The next big element addition are portals. Quick explanation, you can enter an unoccupied tile using the portal and place a meeple there instead. In practice, it’s an excuse to place panic farmers during the last rounds! It works well alongside the dragon and princess, this expansion is all about managing your meeple and covering your back… Place too few and you’re gonna lose control!

The final big element is the ‘fairy’. But let’s be honest. It doesn’t look like a fairy at all. Not even remotely! It is clearly the Pope. Now the Pope is well known for fighting dragons in his spare time, and Carcassonne wanted to acknowledge that. If you lay a tile and do not place a meeple, you control the Pope. You can place him next to one of your meeple to prevent the dragon moving to that tile, keep the Pope for an entire round and you also get one extra point! Though honestly, the Pope is always forgotten until a dragon tile is placed! 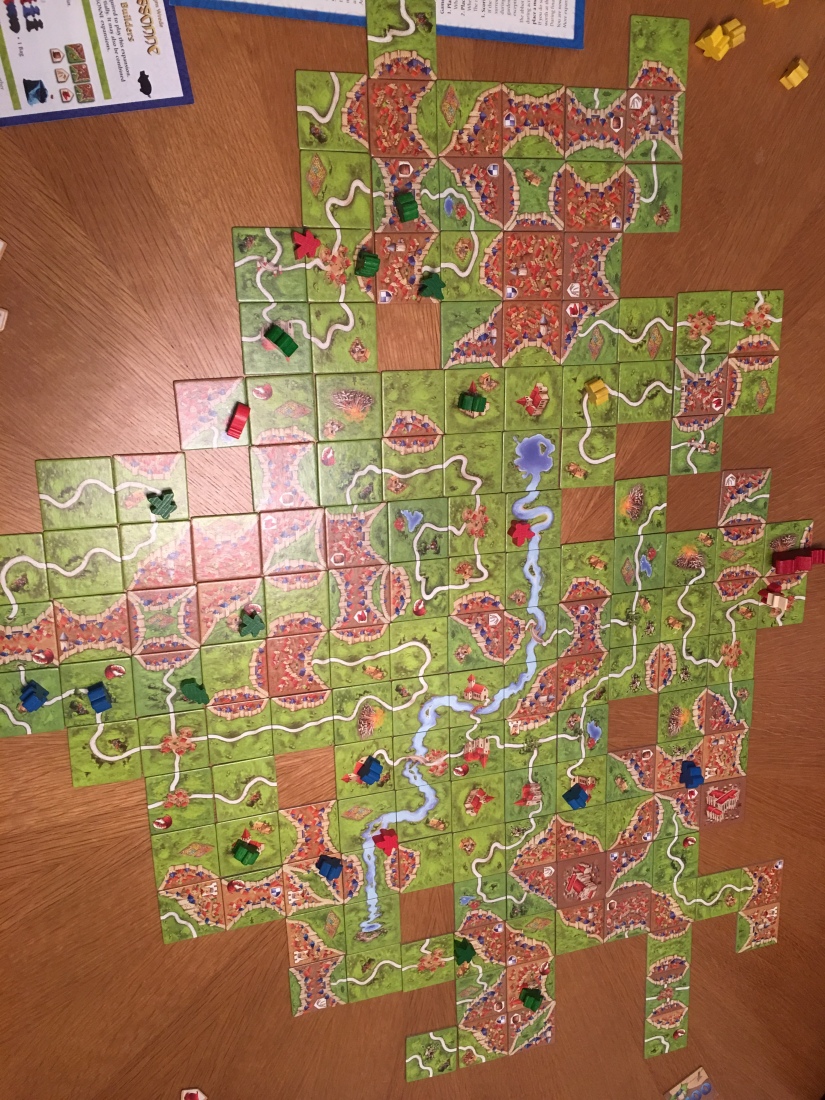 The thing I noticed most about the addition of expansion 3 was the insane increase in both game time and score available. I managed over 200, and the others were not far off by any measure. And the time it took to play was a lot longer… But that won’t stop us getting expansion 4!