I was excited for Coma Ward. Survival horror is something I adore and this promised elements of a psychology thriller as well so it was a no brainier on the backing! The game is oriented around waking in a psychiatric hospital, not knowing who, where or why.. and much like in Betrayal, you await a turn in events to change the play. From epilogue to phenomenon. And apparently, they’re likely to turn your stomach or scramble your brain! 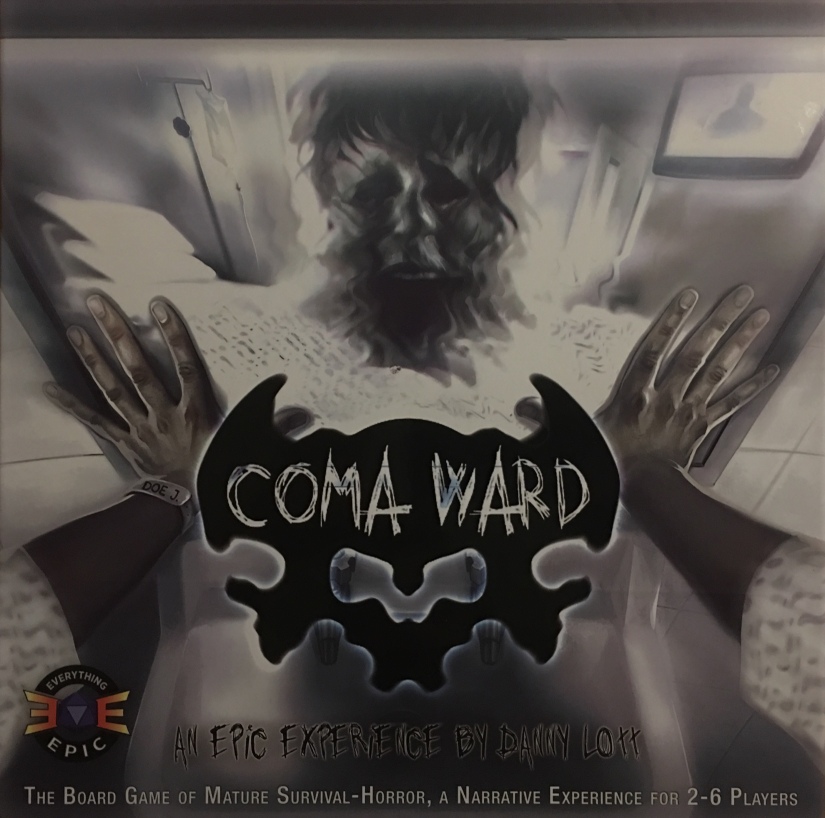 Straight away… The box is huge. Massive! Far bigger than anticipated. The box it turned up in was big but I’d assumed that Everything Epic’s distributor had gone packing peanut happy… But it was justifiably sized. On top of the box were the stretch goal expansion cards I’d pledged for. Again, a very big box full of more content! The hype was incredible! But then I touched the actual box… the quality wasn’t what I was expecting. It almost felt cheap, which was a shame! But by no means a game changer.

I left the expansions box for a bit. I’ll talk more about quality later! With the lid off there was a letter from Everything Epic with some clarifications to terminology, minor rule explanations and a bit of their passion for the game explained, which was nice to read and, honestly, made me feel like I’d backed a decent game. When developers take the time to explain their passion for a project and it marries up with yours it helps you become incentivised to play it, instead of leaving it for months in its cellophane! The cardboard components looked decent and were clearly coloured for an easy set up.. though it made me wish I’d backed for the miniatures! The rule book made me chuckle; its unique front cover was clearly designed to fit the whole psychiatric unit theming, and was a nice touch!

I then cracked the board out, and it again justifiedthe box size. Throughout the campaign, it looked small in size and then made the cards also appear small, so seeing it in full made it seem much more epic! That, and the full-size cards also made it again reflect a more desired quality.

Then I had a look at some the components. Now I’ll acknowledge that the campaign’s stretch goals focussed on added content, which is fantastic and a great reflection of a developers passion, but I want to say they neglected the quality. For things that will clearly be used on a regular basis, better quality would increase longevity… Don’t get me wrong! I am by no measure an expert on what should/should not be the standard, but I know through my own experiences that having components become damaged through play is something boardgamers worry about, and the quality of the play-mats, cards and reference strips doesn’t point to longevity. Personally, I’m going to go out of my way to laminate them; try to get as much play out of them as possible. As for the cards, I may have to resort to card sleeves! These are issues that can be solved, but ones I would argue shouldn’t need solving. 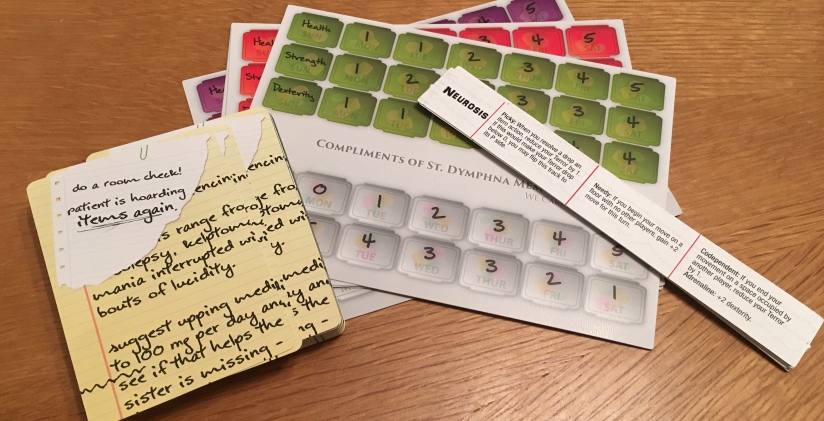 The card boxes, again, not great quality feel.. but the styling is on point! Another great attention to detail thing that has been included. The more a game reflects its theme the better the impression it makes, and it’s clear that styling is something Everything Epic took great notice of. And to be fair, the box insert is on point as well, easily fitting in every expansion card box. Whilst unpacking them, I also clocked the warnings on the back of one or two boxes which I thought was a very courteous addition. A horror game by nature should shake you and make you writhe inside, but some subjects are still a little delicate at the best of times. For Everything Epic to add these demonstrates their acknowledgement for us still being people with emotions, even if we’re after a thrill! The game is aimed at adults; 18+. An actual, proper horror boardgame experience… which then in my mind justifies some of the quality choices… Adults should know how to take best care of things, and should look after things to increase longevity as a given.

Overall I’m still hyped for the game. I adore psychological horror but, after seeing those warnings, even I’m a little tentative about trying one or two of them! I’m eager to play but reluctant to spoil.. Whether I post a full play through is still to be decided. You never know, after playing one I may be too haunted by the happenings to relive it! 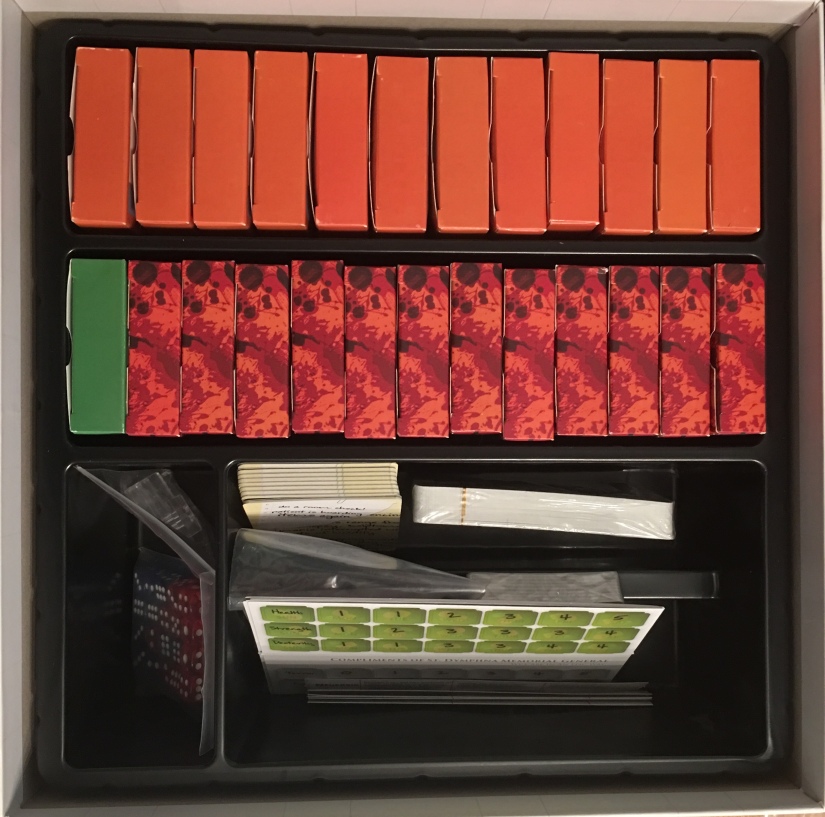