You should know by now that I adore survival horror. But honestly, Resident Evil was more or less my childhood. Those shocking camera angles were forgiven as it always added that extra element of fear; you can hear it but you can’t see it. And RE2 was actually the first game survival horror game I owned. With it coming out remade very soon I thought I’d finally crack open the so far untouched Resident Evil 2 The Boardgame I received. 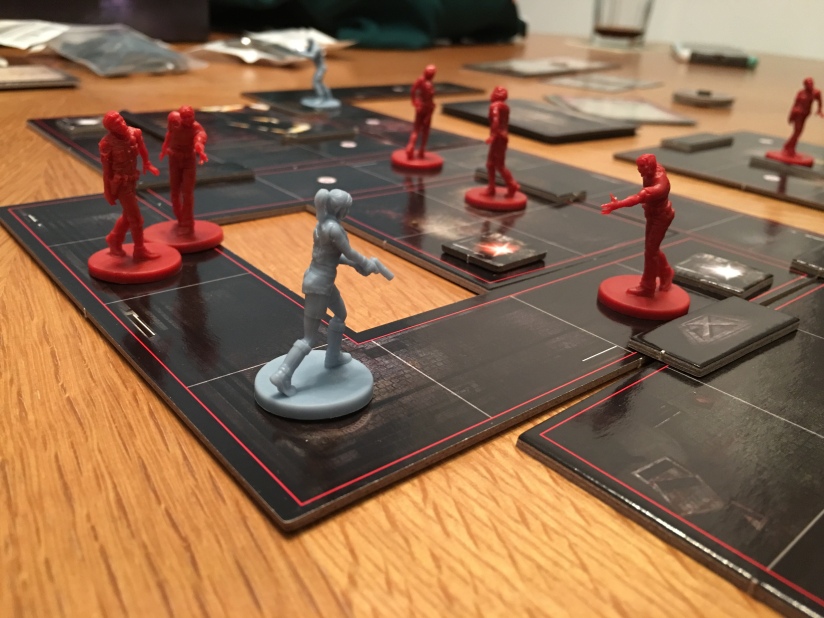 This isn’t a review, but more a first experience/first impressions. At first I was a little put back as the first scenario allows you to know what’s behind every door, it doesn’t actually reflect the survival element of the game. It is undeniably a tutorial level to the game, letting you get to grips with the basics whilst also understanding how it runs, but if you are trying it out work hard to push past it! Scenario 2A is a much better reflection of what it means to survive in survival horror. It introduced the unknown and gave scope for things to go terribly, terribly wrong. With the tension deck extended with more nasties, and with most rooms having the potential to have the worst of the worst in, it actually began to feel like we may not have made it. Luckily we did, but barely. There were quite a few tense rolls! 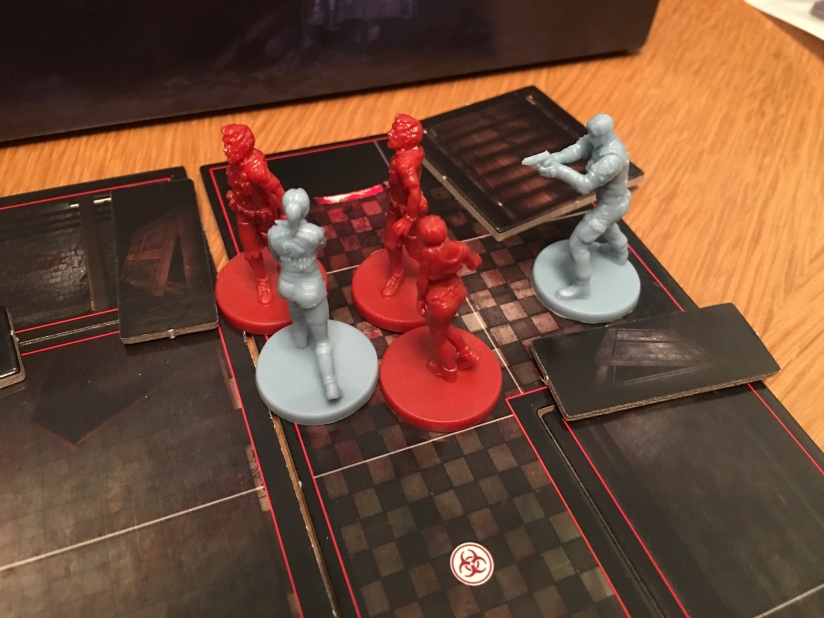 There was also a clear moment of ‘Oh god no!’ when we rolled for combat. We’d clearly missed a rule and didn’t realise we could use more ammo to roll more dice and that meant we made the game a tonne more difficult, but as we went on we realised that it was a necessary rule; the knife was reliable but we needed guaranteed kills! That, and the number of zombies swarming is after a bad tension card meant that running was no longer an option. 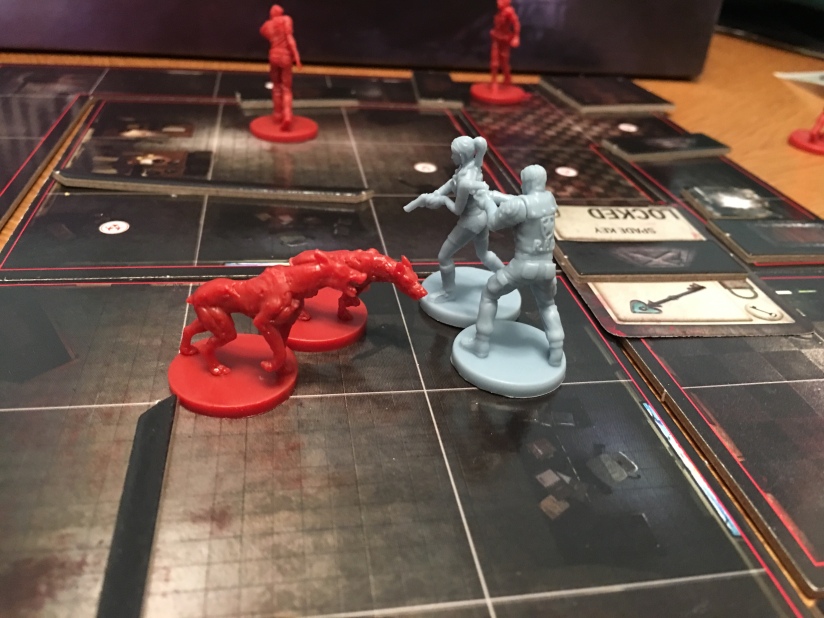 I thoroughly enjoyed my first few plays, as did my partner (shockingly!), meaning I may have found another regular at the table. All I need to do now is incorporate the many, many stretch goals!