If this novel of a review on a novel is too long for your taste, our TL;DR version can be found here! 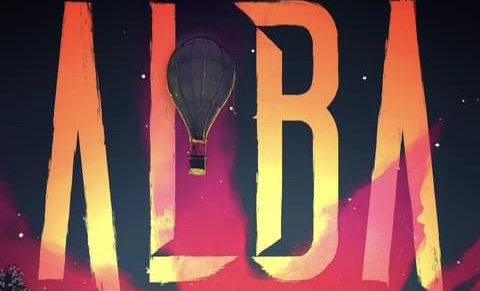 I was never one for choose your adventure books. Growing up, I was the sort of kid who, if you gave them a reset button, they’d abuse it until they’d ruined the whole space, time continuum. It wasn’t the concept or risk, that was the exciting bit. It was the risk of missing out. Nothing scared me more than the “you can’t do the fun but because you don’t have the fun pass found on page 72”. Particularly with something that had a lot of length to its narrative. ALBA by ITB Games is a choose your own adventure, come personal narrative for players where decisions matter and your character grows as you play. How is it different? Well, you choose the sequence and you’ll always end the story!

As said, ALBA is a choose your own adventure book. But it isn’t one where you’ll be undoing actions in a rush on the risk of death. The book outright states your character won’t die. That’s not the idea behind this narrative, and it’s also the reason players would undo X amounts of actions. What’s more is the level of choice players are given. It removes the risk of monotony by allowing players to tackle certain elements and encounters as they choose and in their preferred sequence.

The world has ended, sort of, and you start on a boat heading from the new world to the old one. You start out on a boat making minor choices and running the narrative. You are the main character, but it’s not you personified. The story orients around the character and you can choose things around them and their decisions. But their reactions are very much “human”. They’ll be affected by what they do and this will affect their personal stats. All things affect your journey and can impact your story, but your story can always be completed. Though whether it was worth it will be down to you!

ALBA was a lovely experience for us, personally, as it’s something unique. Having avoided the whole “turn to page 29 to fight the dragon” themed books, this was a first. We’ll try to make this review as spoiler free as possible, but our opinions will be backed as usual.

We received the book as an eBook and the character itinerary as a PDF. It took us about two full evenings for our first run through, and our second took about the same. That was pure intense reading and “playing”, as it might be classed. The book contains the narrative and chapters, and the player log tracked everything in an easy to understand way. This log enables players to track their happenings, traits, experiences and encounters.

Before I go further, I have to implore to you how useful this is, but also how risky it is for prying eyes. Keeping track in the easy to use function of a pre-made itinerary is tremendously user friendly. What’s more is how the book directly referred to specifics in the itinerary. We were never lost for what to log, and tried our best not to sneak peaks… but inevitably, we saw some things that gave us hints as to the happenings in later chapters. It was a bit of a spoiler, but never told us how to achieve these happenings. It wasn’t a ruined experience, but it did set our minds racing.

Language is a weird thing to comment on coming from a board game reviewing background. It’s not something I’ve done before… Here, however, I feels it’s essential. The language used throughout ALBA was accessible and the font was easy to read. It seems trivial to comment on, but it’s important! Believe you me, as an educator I can promise you people will read things and smile and nod, without having a clue what’s happening! Luckily, the chapters are written in an accessible format and you’re never sat with a dictionary identifying word after word. What’s said impacts you, and the use of imagery and description really sets the scene too.

What matters most in this book is the set up for a decision and the lead up to it. The pages between decisions weren’t overly long and never felt tedious. They always felt necessary and helped set up the choice. What’s more is that inappropriate language was rare, but used in an impacting way. It never felt like you were reading about sailors at sea, but at the same time you weren’t exactly dining with the queen. Having some characters drop a bomb or two made them more characterised and unique. It contributed further to the world being alive, and made our interactions meaningful.

ALBA’s story took us quite by surprise. Not for how traumatic, desolate or fantastical it all was, but because of how human it presented itself. As we said, the world has had its day and now it’s as close to an inhabitable post apocalyptic scenario as you can imagine. Your character was lucky enough to be born after the end and grew up in the new world. And now, you seek more and are inevitably off to the old world. The reasonings for this are some of your first decisions to make, and they change how the characters around yours behave or act. You may be deciding something historic from your past, or a current action, but it’s important and impacts everything.

The story progresses at your pace, and you can meander around in areas as long as you please until you exhaust all dialogue available. This doesn’t guarantee you’ll be more prepared, or better for it, but it has impact nonetheless. The longer you linger the more you’ll see, and the more depth the world gives you as well. At a certain point, you’re given free reign on where you go next. Options are available, and choosing one will open up more. Naturally this can feel messy and you’ll not want to do things out of sequence, but ALBA’s narrative manages to tie any two locations together well. There are some inevitable crossovers where you may have needed something but don’t have it, and then find it later. But it’s not detrimental to the experience. If anything, the immersion of the story simply overruled it.

The story is a strong narrative that gives you a real sense of desolation and ruin for some of the inhabitants. Your character’s naivety, and yours for that matter, is down to a lack of experience in the old world. It’s the crutch of the happenings and why you have the encounters you do, but it’s not like you’re unique in this ignorance. You’re not the first to venture out, nor the first to encounter those you encounter. You’ll go in eager to engage, encounter and expand, and end with a sense of how small you are and the lack of impact you could make. That’s not to say that your story is for nought, nor is it to put any efforts in vain.

As we said, the world around the character is presented as a living thing, and things happen outside of the character’s actions. There was a point in the story where we truly felt alone. No one needed us, no one knew us, and we had little to go on… it genuinely pulled the heart strings a little and I empathised with my character. I even felt quite guilty as it was my choices that led them to where they were! Which is why we enjoyed this so much! 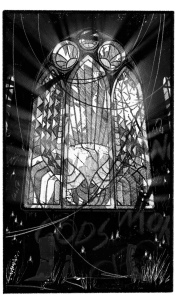 The people in ALBA are, once again, incredibly human. They had histories and friendships, and they were written really well. Within the first few pages I felt that the two characters you were on the ship with had tremendous depth to them. One was a no nonsense sort of bloke with a clearly unfortunate past, and the other an upbeat expert in whatever field she may find herself in. They contrasted with one another well and the story built up a history between the three shipmates through both your decisions and the things they did. Even as simple a thing as discussing the journey or complaining have them personality and showed that they were almost living within this world around you and that you weren’t the driving force in every scenario. Which was what we loved.

Later characters showed they had a history to them too by what they did upon encountering your character. Their hostility, generosity, the way they spoke and way they were described all complimented their actions. Sometimes it was predictable, sometimes not. But that blended balance of the mundane and the extravagant gave ALBA some real colour and flair. I remember specific people from my run through incredibly well because of how they reacted to my choices. There were instances where I’d start something, see I was missing X, Y or Z, and know I was going to have an awful time. People would get hurt, things would go wrong, and my character would suffer for it. What was worse was that people remembered these things, and it became apparent that when I chose to go somewhere was almost as important as choosing to go at all. 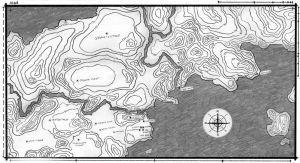 ALBA had such a positive impact on me because you, as the main character, are not the hero. No one is. Everyone is getting on in the world around them. Sometimes you’ll impact them, sometimes you’re just a passing stranger they won’t remember in 20 minutes. The balance of your impact on them didn’t reduce their impact on you. To them, you’re nobody. To you, they may have given you the guidance needed to move the entire journey forward, or even to a close!

There’s nothing worse in any story than having the main character be the be all and end all. They drive the motivations of others, they fulfil everyone’s goals, they swam into a town and fix they many problems that have plagued the people for years. That’s a hero’s job, and you are most certainly not a hero. You can conduct some heroic deeds through your actions, but there’s consequence and causality to them. Not everyone needs saving, and not everyone wants it either. How you conduct your character is going to affect the traits they gain, but as far as good and bad are concerned.. well, the only true morale compass is you.

I don’t believe it’s possible to run through ALBA and avoid all emotion. If you can then, honestly, dust yourself off because you may well have passed away reading this review! The way everything is built up demonstrates really emotive scenes in some instances, and truly awful ones in others. But it’s not all doom and gloom. Every once in a while you get the respite of a stranger’s help or an unexpected pleasant encounter, and often these have the most impact. It’s hard to explain without going into examples and spoiling elements… but we had genuine moments of walking away from chapters and happenings and saying “oh my days” in response.

ALBA has a wonderful narrative to it that is well written and executed very well. It’s impossible to ensure all things interlink when you’re able to choose the sequence of events, but ALBA tied it all together excellently. You’ll feel alone, heartbroken, and empathise with the people’s struggling throughout the book. We thoroughly enjoyed running through ALBA, and, as some who have done next to no choose your own adventure books, we’d recommend it highly.